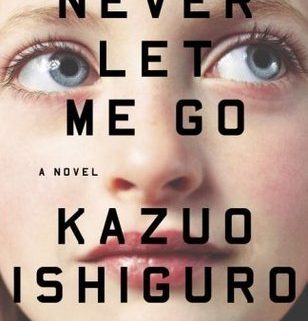 I decided to fill in one of the millions of gaps in my education by reading a novel by Kazuo Ishiguro. I couldn’t work up any enthusiasm for Remains of the Day, the one about the butler, but Never Let Me Go is about clones. Surely, I thought, a novel about clones had to be a little exciting.

The thing is, Never Let Me Go is about people who happen to be clones. The narrator, Kathy, tells the story of growing up at a special school with others of her kind. The children vaguely understand they’re destined to be donors, but they don’t comprehend what it means. The plot centers on the complex relationship between Kathy and her two best friends, Ruth and Tommy.  There is a love triangle, jealousy, and betrayal as well as loyalty and affection. In the usual course of things, the conflict might have resolved as the characters became adults and went their separate ways, but since these three share the same destiny, they remain entangled to the end.

As science fiction, Never Let Me Go is pretty much a bust. In its world, cloning was developed just after World War II, so the story unfolds in the later Twentieth Century. To be convincing, this sort of alternate history needs details and explanations that the author seems to have no interest in providing. Readers learn only what Kathy learns about the process of cloning and organ harvesting, which is next to nothing. Near the end of the novel, Kathy and Tommy visit one of their former teachers and find out a bit about the politics of this world, but it’s nothing the reader hasn’t already inferred. The novel’s world is subjective. It rings true because Kathy’s voice and sensibility ring true.

At times it irked me that she and the others accept their fates so passively. But they’re playing the only role they know. No other possibilities have been shown to them. Their dreams never extend beyond a “deferral,” a few years of grace before their bodies are taken apart. When I discussed the novel with Joe, he pointed out that even sheep struggle as they’re led to slaughter. But sheep can’t be taught and conditioned the way people can. Most of us want to believe in free will, but society makes its demands and exacts its price.

Many years ago, sitting in jail on a drug charge, I had an epiphany. Society sets boundaries. The people who ignore them are eventually relegated to prisons and mental hospitals. You might flout the boundaries and elude punishment, but you better not forget they’re there. If this great discovery seems a bit simpleminded, keep in mind that I was twenty— just a few years younger than Kathy, Ruth, and Tommy when their lives are supposed to end.

Imagine always being imprisoned. Imagine believing those boundaries to be the end of the world with nothing beyond them. That’s the reality of Kathy and her friends.

The larger boundary, one that imprisons us all, is certainy of death. The clones are killed because their body parts are needed to keep the “normals” alive awhile longer. Yet mortality is absolute. The normals will eventually die too. They justify the killing by believing clones have no souls, but maybe they’re taking their own souls too much for granted. 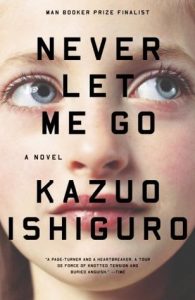 Book Reviews - The Bullet and Playing with Fire

Return to Tanglewood
Scroll to top