Some photographs speak for the dead. 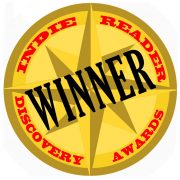 Talented but unstable photographer Day Randall has been living rent-free in Kelly Durrell’s Colorado condo for eight months. Day needs someone to keep an eye on her. Kelly needs someone to draw her out of her stable but not spectacular life. The arrangement works for both of them.

Then Kelly comes home one day to find Day gone. There’s no note, no phone call. Day’s car is still parked out front, but her room is starkly, suspiciously spotless.

No one seems to care. The police certainly aren’t interested in a missing bipolar artist, but Kelly knows something is wrong. Day wouldn’t just leave.

Alone, Kelly traces Day’s last steps through shadowy back rooms of Boulder nightclubs and to a remote mountain estate, where the wealthy protect themselves behind electric fences and armed guards. Along the way, she uncovers a sinister underworld lying just below the mountain snow, and a group of powerful people who will do anything to protect the secrets hidden in Day’s enigmatic photographs.

If she trusts the wrong person, Kelly herself will be the next to disappear.

If you like suspenseful thrillers with unexpected plot twists, a strong sense of place, and characters that one reader describes as “so well-drawn you’d swear they were relatives,” you’ll love Mary Maddox’s dark, compelling novel.

Read an Excerpt
Listen to a Sample
PreviousNext

Anyone interested in superior blends of mystery, thriller, and nonstop action will relish Darkroom‘s attention to detail and its ability to create an engrossing story that’s filled with surprises right up to the end.

Vividly drawn and fantastically crafted, Darkroom is a taut thriller that shines a light on the darkness in men’s souls.

[Darkroom is] one of the year’s best crime thrillers. Mary Maddox just may be the dark princess of suspense we’ve all been waiting for.

Sensational! . . . [Darkroom is] a haunting novel full of suspense and not a little terror.

I enjoyed Darkroom by Mary Maddox on so many levels. On the one hand, it’s an exciting mystery but it is also underpinned by Maddox’s obvious love of art and in particular photography which enriches the story enormously.

The novel begins with a prologue describing four black and white photographs and Maddox goes on to cleverly structure the action around these images. They basically tell the story of a murder and Maddox uses her narrative to give the photographs meaning.

The person who captured the photographs is Day Randall, a free spirit who is dealing, not very successfully, with a bipolar disorder. Day disappears early on in the novel but her presence remains compelling throughout. Right from the title, it’s obvious that photography is going to be a significant aspect of the novel but it becomes an almost extended metaphor. One of the ways in which Maddox uses photography is in the idea of light and dark. It’s no coincidence that Day’s photographs are black and white with a raw, grittiness and Maddox proceeds to employ this idea in the depiction of her characters.

If Day is darkness then her friend Kelly Durrell is light. She is conventional to Day’s unconventional. Like Day though, her life is defined by art as she is the assistant curator of a museum. Kelly is probably the character most of us relate to, she is a kind, decent woman who always tries to do the right thing. Day has been living in her spare room for only 8 months but their bond is strong. Maddox gives us the information about Kelly, such as the fact that she is alienated from her family and lost her sister, but allows us to draw our own conclusions about her motives in creating a sense of family with Day. The light and dark motif also extends to other characters such as Gregory Tyson, a shadowy, dark figure or Cash Peterson the blonde, outdoorsy natural type.

Maddox’s love of photography is evident in all of her descriptions but particularly with buildings and locations. This creates a very visual novel so that at times it’s almost like watching a film. Likewise with her characters, particularly the minor ones who exist in the underbelly of society, her descriptions are vivid and almost documentary like. Interestingly, Larry Clarke is mentioned in the novel and Maddox recreates his style of photography with words.

The story is told to us in 3rd person but we get lots of the different characters’ viewpoints. This is very effective because it allows us to understand the motivations of the characters but it also adds to the suspense. Maddox feeds us new pieces of information via the different voices until, jigsaw style; the big picture starts to emerge.

I loved this novel for so many reasons. I think it can be enjoyed as a straight forward thriller but it’s also so much more than this. Maddox’s photographic way of creating a story is both ingenious and unusual. She has attempted to put a different spin on the crime genre and, in my opinion, has pulled it off with aplomb.

— E.L Lindley, author of Blood Money and Business As Usual

For most of the eight months Kelly Durrell and Day Randall have known each other, they’ve lived in the former’s Boulder, Colorado, home. Kelly, an assistant museum curator, has a fondness for art and recognizes Day’s talent for photography. The two have even grown close, so when Kelly returns from visiting Chicago, she’s shocked to find that Day has evidently moved out. Because local cops believe Day simply left of her own accord, Kelly launches a personal investigation into her friend’s disappearance. She starts by talking with Day’s pal Odette Helm who has a ready supply of drugs and an enigmatic, rich hubby, Stuart, who has fortified his vast estate with an electric fence. It just so happens that Odette’s paramour, Marcus, has also inexplicably vanished. Questioning people like Day’s apathetic ex-roommate, Courtney, gets Kelly entangled with a handful of sleazy individuals, chief among them bar manager Welch. It’s soon clear that someone’s searching for Day’s negatives and/or photos, potentially incriminating evidence that could provoke Kelly’s abduction—or something deadlier. Maddox establishes characters so well that the mystery sneaks its way into the plot. Eccentric neighbor Owen, for example, may have witnessed something pertinent, but he’s unreliable—paranoia dominates his personality (he’s convinced someone’s listening). And Kelly isn’t so much an amateur sleuth as a concerned friend. Rather than looking for a smoking gun, she just wants to know what happened to Day. Characters are often surprising: apparent villains occasionally garner sympathy, and Kelly receives someone’s unexpected assistance. While the cast can be unpredictable, the plotlines aren’t. But this won’t discourage readers who are regularly treated to crackling dialogue and stirring prose. For example, Kelly might not be Detective Cash Peterson’s type, but he certainly notices that “her sadness and earnestness lingered like perfume.”

Whoa! Just, whoa! That’s exactly what I thought when I finished reading Darkroom, the newest work by author Mary Maddox. A thrilling, suspenseful and dark tale, this story will keep readers on the edge of their seats from the start all the way through until the very end. Follow the story of Kelly Durrell and Day Randall, two friends who have come to a living arrangement that seems to be working well for both of them. Until, of course, the day that Kelly comes home to find Day missing. Day’s always had her issues, and Kelly thought that she was doing a good job of keeping an eye on her. Kelly begins a harrowing search for her friend, and soon finds that Day’s prodigious talent for photography has led her down some dark and twisty paths, ones that Kelly herself will need to travel if she has a chance of saving her friend.

I so enjoyed Darkroom. Author Mary Maddox has done a fantastic job in creating characters that her readers will be able to connect with, will relate to, and will truly come to care about. If that isn’t a hallmark of a great author, I’m not sure what is. And the story itself is extremely readable. I found myself obsessively turning the pages from the start all the way to the finish, determined to find out what happened! In fact, the only advice I have for readers, other than to read this book, is to make sure that they have enough time to read it from cover to cover all at once. They simply will not want to put it down! I highly recommend Darkroom to any reader, and look forward to more from the very talented author, Mary Maddox, as soon as possible!

Darkroom is a highly-polished atmospheric descent into a seedy world of drugs, murder and photography populated by vibrant characters.

Talented, if spacey, photographer Day Randall goes missing. Her overworked roommate, Kelly, files a missing person report but takes it upon herself to find her troubled friend. As Kelly digs into Day’s disappearance, she crosses paths with a psychotic cocaine-addicted bar owner. Evidence mounts pointing to a powerful local businessman and his squad of trigger happy private security disappearing not only Day but several other local malcontents. A subdued conspiracy comes to light forcing Kelly into a horrific confrontation.

Darkroom is a stellar suspense thriller. The writing is incredible with vivid scene setting and realistic dialogue. Maddox crafts a wonderfully eccentric cast of characters and lets them loose in a dark and seedy noir-tinged tale. The pacing is strong, but the overall mystery is apparent from the get go. There is no doubt whatsoever what happened to Day and who is behind it. However, the real thrill is following Kelly and a heart-of-gold bouncer, Animal, as they struggle to save the ones they love while uncovering the truth. In fact, Animal is a truly fantastic character and lovingly brought to life as a muscle-bound bouncer with dreams of joining an elite private security firm, until he falls for a damaged bartender. Additionally, the dynamic between Kelly and the detective on the case is fantastic and hopefully returns in a sequel. Characters have distinct voices and believable goals and actions, the writing is top notch, and the tension mounts as the story steadily ratchets to a strong climax.

Vividly drawn and fantastically crafted, Darkroom is a taut thriller that shines a light on the darkness in men’s souls.