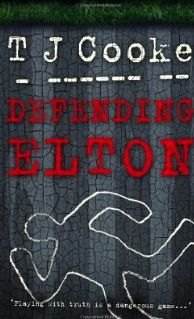 First, his protagonist is a British solicitor who sets out to frame a mentally challenged client, Elton, for a murder that he himself committed. How can readers sympathize with a guy like that? Yet Cooke succeeds in evoking not just a grudging understanding of Jim Harwood’s motives, but empathy and hope that his life will take a turn for the good.

Jim tells his own story, so readers experience it from his perspective. A 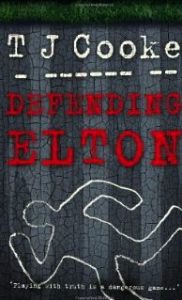 nd he’s a reliable narrator. He might be lying to every character in the novel, but he tells readers the truth—about his traumatic childhood, his tangled motives, his shameful behavior, and his obsessive love for the murder victim, Sarena. Her death is an accident for which he is partly responsible, and he’s tormented by guilt as he frames the hapless Elton. He has a conscience. He knows what’s right. In one memorable scene, a brute attacks a junkie in the street, and Jim comes to her aid even though he gains nothing by doing so. He’s not a psychopath, just a flawed human being trapped by circumstances and bad decisions.

Cooke develops two parallel narratives. In one, Jim goes through the process of preparing for trial. He conceals evidence and deflects questions from the barrister who will present the case in court. He negotiates an ambiguous relationship with Loren, the colleague/girlfriend whose jealousy precipitated the murder. And he ducks insistent messages from a former client, a criminal who keeps demanding favors. Dangerous favors.

The other narrative unfolds the backstory. Jim falls in love with Sarena, who breaks his heart when she vanishes mysteriously. He enlists Loren’s aide in uncovering the truth. By the time Sarena suddenly reappears, Jim knows she’s involved in some kind of illegal scheme, but he can’t help loving her anyway. After she dies in a confrontation with Loren, Jim carries out his elaborate plan to pin the murder on Elton.

Cooke’s challenge is to move back and forth between the narratives without causing confusion or slowing the pace, and to maintain suspense in the backstory even though readers already know the outcome. He does it superbly. The novel is beautifully constructed.

By the end of Defending Elton it’s apparent that TJ Cooke is a masterful writer of suspense. He constructs an intricate and coherent plot propelled by complex and believable characters. In short, he tells one hell of a story.

The Big Eddy Club: The Stocking Stranglings and Southern Justice
Scroll to top