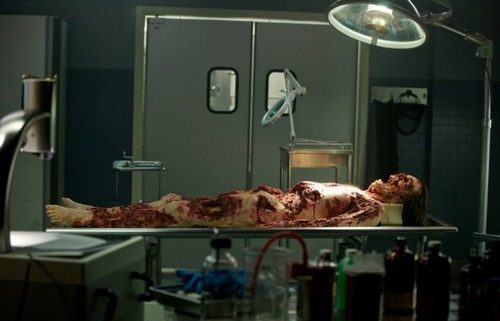 I don’t remember much from the summer I was thirteen, months of boredom punctuated by moments of emotional violence involving my father and/or my stepmother and/or my grandmother and/or me. I lived with Nana in a trailer behind the tavern Dad owned. The trailer had a small yard with a dusty cacti garden and a fence that separated it from the parking lot. I spent some time with my younger brother, who was staying with Dad, but mostly I sprawled on a couch in the trailer, reading library books while the swamp cooler in the ceiling gurgled and whirred.

From that forgotten time, one moment remains in my memory. I finished Sir Walter Scott’s Ivanhoe and felt desolated. I stared at the last page, the final sentence. How could it be over? I really needed to get up and walk around, maybe get a glass of Kool-Aid from the fridge. Instead I turned to the first page of Ivanhoe and began reading the story again. I was obsessed by a novel that I can barely remember now.

The reasons for the obsession are obvious enough. What pudgy teenager with pimples wouldn’t prefer a world of chivalry and adventure to sordid reality? And fiction wasn’t my only escape. I loved movies. I saw Lawrence of Arabia half a dozen times and The Great Escape at least ten. Movies without a single female character. It must have been a relief; I wasn’t exactly comfortable with my emerging sexuality.

Now decades have passed and my life is happy. Of course I suffer pain and disappointment, the same as everyone else, but nothing like the constant anxiety and misery of adolescence when books and movies were my refuge. So why haven’t I changed? Why did I reread thousands of pages from George RR Martin’s A Song of Fire and Ice? Why did I reread all five books of Karen Marie Moning’s Fever series? Why have I spent the past few days watching all 55 episodes of the NBC urban fantasy Grimm?

Grimm could be described as Law and Order with monsters. Nick Burkhardt, a detective in the Portland, Oregon police department, begins having disturbing visions of people morphing into monsters. Then his dying aunt shows up and announces that he is a Grimm and like his ancestors is able to see the true faces of these creatures in their unguarded moments. Yes! The monsters of Grimm’s fairy tales exist, and dozens of them live in Portland. Not the trendy neighborhoods of Portlandia, but the dark and gritty back streets where danger threatens and the darkness is drenched in eerie green.

Nick’s aunt leaves him a trailer full of ancient books, potions, and weapons so he can hunt  down monsters and kill them. That’s his job as a Grimm. It’s a long tradition. The monsters expect decapitation, or worse, at his hands. In every episode he faces down another terrifying creature. He dispatches the nasty ones and befriends some of the not-so-bad ones. Geeky wolf man Monroe becomes his unofficial partner as he navigates the world of the supernatural. Eventually he shares his secret with his partner on the police force and with his girlfriend.

Nick discovers that the supernatural world has its own hierarchy and Machiavellian politics in which he is supposed to play a particular role. Some creatures want to assassinate him while others try to exploit his talents. He also has an object, left to him by his aunt, that certain people are determined to steal from him. The overarching story is his struggle to survive and find his place in a world he doesn’t understand.

I know why I enjoy Grimm. The series has an original concept, inventive plots, appealing characters, and a noirish visual style. The writing is literate with allusions to W.B. Yeats, Emily Dickenson, and various mythologies besides Grimm’s fairy tales. But none of this explains its hold on my imagination.

Habits formed in childhood are difficult to change. Maybe there’s nothing more to it than that. But often I don’t enjoy real life—the tedium, the labor, the difficulty and frustrusion, the questionable meaning of it all. I would rather escape into exciting fictional worlds where darkness and danger are caged within the story, where everything makes sense.

That’s why I sit at the computer and create a world of my own. And why I become lost in the worlds of other artists.

The Awful Mess: a contemporary riff on The Scarlet Letter

New by Tori Ridgewood: Blood and Fire
Scroll to top