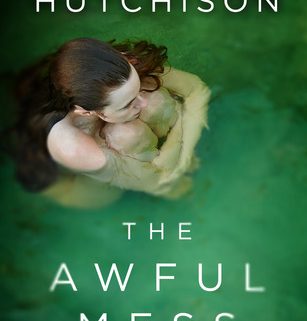 Recently divorced, Mary Bellamy buys a house in the small town of Lawson, New Hampshire. The breakup of her marriage hasn’t shattered her. Far from it. She’s glad to be rid of her childish, self-centered ex. She envisions a contented life as a single woman with a cat and a secure job as an editor–a job that requires her presence in the office only occasionally. She’s definitely not looking for romance, but it hunts her down anyway.

Soon after moving to Lawson, Mary becomes acquainted with Arthur Tennant, rector of the Episcopal church. Arthur is married and off limits. The marriage is far from happy, though, and Arthur is lonely. One evening he shows up at her house with wine. They drink, they talk, they have sex. Mary considers it a one-night stand, the unfortunate result of too much wine.

Meanwhile, a handsome young cop shows an interest in her. Mary reluctantly agrees to go out with him. To her surprise, she enjoys his company and gets along with his fundamentalist father.

Just as things seem to be going well, a series of misfortunes threaten to destabilize her new life. Her job turns out not to be secure after all. Mary might be laid off and lose the income that makes it possible for her to afford the house. Her ex-husband comes slinking around. He dumped Mary because she was apparently infertile, but now he’s unhappy with his new young wife.

Then catastrophe strikes. Mary discovers she’s fertile after all, pregnant with Arthur’s child. It has to be his. She hasn’t had sex with with anyone else. Soon everyone in Lawson will know she’s pregnant and the speculation will begin. If the secret is revealed, it will destroy Arthur’s life.

Author Sandra Hutchinson tells the story with economy, grace, and an occasionally comic touch. Lawson is not Hawthorne’s Salem, and the townspeople react in unexpected ways. Even the minor characters are complexly drawn. Particularly impressive is the treatment of the cop’s father. A less thoughtful writer would have made him the stereotypical fundamentalist Christian–intolerant, irrational, and unforgiving. As with much else in the novel, it’s not that simple.

The Awful Mess: A Love Story is an intelligent, entertaining novel that faces the truth about life’s difficulties without descending into bleakness.

Confession of a story binger
Scroll to top