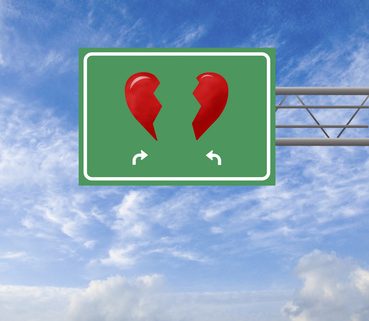 I had fun doing the character interview of Talion‘s heroine, Lu, for  Stacy Eaton’s blog at World Literary Cafe, so I came up with another one. Right now I’m in the middle of writing the sequel to Talion, so the characters remain very much alive in my head.

Hank and Debbie Darlington own a small, upscale resort in the mountains of Utah. The hard work of running the business keeps them so busy they can avoid facing the serious problems in their marriage. They also fail to notice as a serial killer closes his net around their niece, Lisa, who is there for a summer visit.

COUNSELOR:  It says here in your file you were referred by Dr. Messenger at the fertility clinic.

DEBBIE:  Yes. I—we—we’re having some problems talking to one another.

HANK:  I feel like having a beer. Quit giving me that look, Debs. It was a joke.

COUNSELOR:  Sometimes people make jokes to cover up their nervousness. Are you feeling anxious about this session?

COUNSELOR:  Not at all, Hank. We’re here to communicate with each other. Honest communication will help you feel less anxious.

HANK:  Why don’t you ask her? This was her idea.

COUNSELOR:  What was her idea? Starting a family?

HANK:  You don’t need kids to be a family.

COUNSELOR: Debbie’s in the middle of treatment for infertility. And you’re saying you don’t want children?

HANK:  I told her that from the start, before we got married. I don’t want kids. I’m not cut out to be a father.

DEBBIE:  That’s not what you told me. You said you weren’t ready for children. We talked about how people change, and you admitted you had no idea what you’d want in twenty years.

HANK:  I knew I didn’t want kids—then, now, or ever. But you kept grinding.

DEBBIE:  That’s not fair. You wouldn’t discuss it at all unless I kept after you. It’s the same with everything. Your tactic is to avoid talking until I just give up.

HANK:  And yours is to keep grinding until I just give in. I don’t have a snowball’s chance in hell of winning an argument with you.

DEBBIE:  Why did you marry me if that’s how you feel?

HANK:  Same reason you married me, I guess.

COUNSELOR:  I’m sensing some hostility from you, Hank.

HANK:  Big surprise. The two of you have me cornered.

COUNSELOR:  I’m not on anyone’s side. I’m here to work with you both.

HANK:  Oh, come on. The whole point of this little session is to get me on board for the treatments. Isn’t that right? Dr. Messenger didn’t like my attitude, so he set this thing up. There’s no chance in hell Debs is gonna change her mind. I’m the one that’s supposed to change. And you—no offense, ma’am, but you’re on her side whether you mean to be or not.

HANK:  Debs doesn’t give a shit what I think. She don’t care if we go bankrupt paying for the treatments.  She’s been brainwashed by her parents and the Mormon Church into believing she can’t be happy without kids. Damn it, Debs. Don’t start that. She always does this. She says she wants the truth, but when I tell her, she starts bawling.

COUNSELOR:  Are you all right, Debbie?

COUNSELOR:  Hank, do you love Debbie?

COUNSELOR:  You agreed to her coming to the fertility clinic. In a way you’ve “given in” already. Now she’s undergoing these painful procedures and turning to you for support, and you’re not there for her. Can you understand why she might feel hurt and confused?

HANK:  What do you want from me? I’m supposed to be honest about my feelings. But look what happens when I am.

COUNSELOR:  Why don’t you tell Debbie you love her? Let her know that no matter how strongly you disagree on this issue, it doesn’t change your love for her.

HANK:  What the hell—okay. I love you, Debs. That’s why I married you. Okay, I said it. Now what?

What do you think? Can this marriage be saved?