The “many more” covers me. “Yubi” appears in the same issue as a story by Angela Carter and an interview with Mary Mackey. Imagine my elation. The theme for that issue is Animal Lust. In “Yubi” a woman falls in love with her parakeet. (Yes! They have sex! You’ll have to read the story to find out how.)

Mary Mackey seems to express the journal’s philosophy in her interview with Lily Pond: 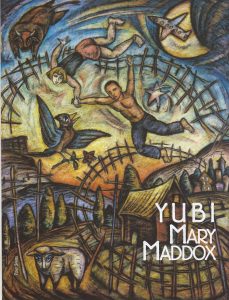 After the quarterly journal ended, Yellow Silk issued a couple of anthologies and then ceased publication altogether. I’m guessing its problems were the same as those facing literary journals today: high costs, not enough subscribers. In the case of Yellow Silk, the cost factor would have been magnified by the journal’s production values: quality paper, beautiful art printed in color. That stuff costs big money. And Yellow Silk paid its contributors. I received payment for “Yubi,” not a huge amount but very generous for a literary journal.

Back issues of Yellow Silk can be ordered online, most for amazingly reasonable prices, with intriguing themes like The Mysteries of the Orgasm, Memories, Hair, Stoned, True Heart, The ‘Other’, Passion, and Womb with a View. You might want to email before ordering to ensure an issue is still available.

Thank you to Lily Pond for permission to use these illustrations by Tony Speirs from Issue 46. They are copyrighted.

Author Cherie Reich tells how she gets it done

Can this marriage be saved?
Scroll to top