I began wondering about the fine distinctions between a writer and an author after encountering some online snootiness toward those who self-publish. One commentator sniffed that self-publishers cannot be authors since no one has validated their work; they’re merely writers who scribble whatever nonsense comes to mind and upload it to KDP or CreateSpace or Spark or wherever. Another commentator sneeringly called self-publishers authors because they’ve published books, no matter how awful, but refused to consider them writers because they have yet to master their craft.

Which title confers respect and validation: author or writer?

In the broadest sense, a writer is anyone who writes, but usually the word refers to a person devoted to the craft of writing — as opposed to someone making a grocery list or dashing off email messages. A writer of fiction works at shaping a narrative, developing characters, choosing the right word, finding an appropriate voice, and expressing a theme that will resonate with readers. A writer of nonfiction works at developing an argument or presenting information in a fresh way that engages readers.

Anyone who wields a pen or taps a keyboard in pursuit of these goals is a writer at some level. Beginning, aspiring, accomplished, masterful. 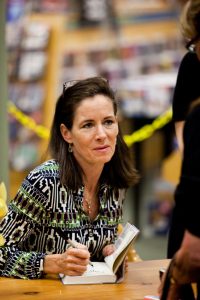 Author refers to a writer who has published a book, article, or poem. The title’s kinship to the word authority lends it prestige. I get uncomfortable at the way some folks puff up at the prospect of being authors, as if publishing a book is an accomplishment. It’s the writing that matters. Does it show craftsmanship? Does it offer anything fresh or entertaining or informative to readers?

In a way, the author is the writer’s public face.

Suppose you sign up for a writers’ workshop. What do you expect? Probably to read and critique the work of other writers and receive their feedback on your work, all with the goal of improving your craft. At an authors’ workshop you’re more likely to learn about marketing and promoting your books. Both kinds of lessons can be useful.

My understanding of the distinction between writer and author coalesced when I read Stephen King’s novel Misery. Some readers say The Stand is King’s best work, but I think Misery surpasses it. Annie Wilkes is the most compelling psychopathic character I’ve encountered in fiction, scarier than Hannibal Lector, whose abilities verge on the supernatural. Annie is terrifying in her realism. 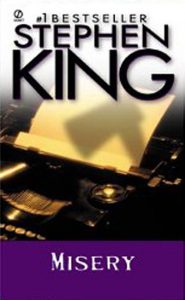 She drags author Paul Sheldon from his car after an accident and takes him prisoner. Crippled in the accident, he’s trapped in her isolated house in the mountains of Colorado. She calls herself his “number-one fan.” When she reads his just-finished manuscript and discovers he has killed off her favorite character, she demands a rewrite. Addicted to the drugs she feeds him, at the mercy of her violent whims, Paul doesn’t have much choice. He rewrites the story and even takes inspiration from his tormentor’s criticisms.

His breaking point comes when she chops off his foot to punish him for leaving his room. After that he stops caring whether he survives, yet he continues to care about the book Annie is making him write. He hangs on from day to day to finish the book. For Paul authorship and the acclaim that comes with it are secondary to the process of creation.

So what are you — writer or author?

If anything you’ve written has been published, you’re both. What matters is where you love to be. Is it sitting behind a table in Barnes & Noble, autographing copies of your book for adoring fans? Or alone in front of a computer screen or notebook, perhaps late at night, practicing your craft?

As for respect and validation, either you don’t need it or you can never get enough.

Do you love birds? Get “Yubi: A Love Story” for free!