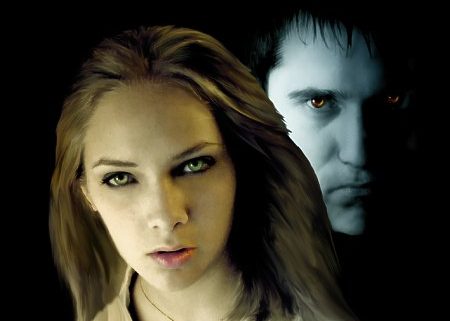 I was flattered when reviewer Dan Hagen described Talion as “The Silence of the Lambs meets The Turn of the Screw.” Of course Thomas Harris’ famous thriller is quite different from Henry James’ classic ghost story, but my novel owes a debt to both. Talion explores the twisted mind of a serial killer and leaves readers uncertain whether the protagonist sees spirits or only imagines them.

Ironically, these two distinctive features of the story have caused the most complaints from readers.

Some are repulsed by the graphic violence and darkness of Rad Sander’s sadism. “It made my skin crawl,” one reader said. Another reader commented that Talion ought to be classified as a horror story rather than a thriller. I took her advice and began marketing the novel as horror fiction, the niche where it seems to fit better than anywhere else. And I added a warning to the book description.

In The Turn of the Screw the narrator sees malevolent ghosts that might or might not be figments of her imagination. So does Lu Jakes, the fifteen-year-old protagonist of Talion.

Lu is bullied at school and abused at home by her emotionally disturbed stepmother. Her alcoholic father ignores the abuse. Then Talion appears, a beautiful and mysterious spirit who eases her pain and gives her the strength to stand up for herself. Prompted by his sinister companion, Black Claw, Lu almost kills her stepmother.

When Rad begins to stalk Lu and her newfound friend, Lisa, Talion seems to be the teens’ only hope. But are his intentions benign? Does he even exist outside Lu’s head?

Talion only hints at answers, allowing readers to reach their own conclusions. To my surprise, some readers disliked not being told exactly what Talion is and whether he is “real.” They felt cheated. I could justify my use of ambiguity. (“Hey, Henry James did it!”) And no doubt the unhappy readers could justify their dissatisfaction. (“So what? If I wanted a book by Henry James, I would have bought one.”) It doesn’t matter. Writing fiction and reading it are personal experiences.

Other readers enjoyed Talion enough to hope there would be a sequel. There is. Look for Daemon Seer in the first part of next year. It offers more darkness, more violence, and some revelations about Talion.

Reflection and Lessons Learned (?) On Writing the Daimones Trilogy
Scroll to top