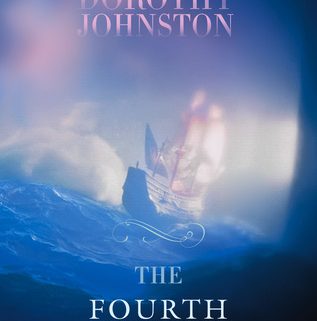 The Fourth Season is the fourth and final book in a mystery quartet by award-winning Australian author Dorothy Johnson. (The others are The Trojan Dog, The White Tower, and Eden.) I read the book with the disadvantage of not having read the earlier ones, so I knew nothing about the protagonist, Sandra Mahoney. She lives a complicated life with two children, an ex-husband, a live-in partner, and a fraught friendship with a police detective. She also has a reputation as a cyber-security expert. Of course Sandra’s history comes to bear on events in The Fourth Season.

The story centers on two murders: a student killed and dumped in a lake and a scuba diver killed and dumped in a public swimming pool near Sandra’s house. Sandra takes an interest in the first murder because her partner, Ivan, was in love with the student, Laila Fanshaw. He becomes an immediate suspect. It doesn’t help that he turns uncommunicative and selfish, staying out all night and neglecting their young daughter, who adores him. Then a stranger, Don Fletcher, phones Sandra and offers her money to investigate the case. Also a suspect, he wants the real murderer caught. Sandra has qualms but needs the money. She takes the case.

She discovers Laila’s passionate interest in environmental causes—in particular protecting the waters around Australia from exploitation by oil companies—and the passion that her beauty and energy aroused in those who knew her. Ivan isn’t the only one who fell for Laila. Various suspects emerge, including a prominent politician. Sandra’s snooping results in her being followed. After the scuba diver’s body is found, a phone call to the police places her car near the swimming pool. It becomes more and more obvious that Sandra and her children could be in danger.

Johnson writes polished prose and constructs a solid plot with masterful pacing. The story held my interest even though Sandra’s investigation consists mostly of her talking with the various people involved, and some of the conversations end without her learning much of anything. The most action-packed scene that she instigates is sneaking into Laila’s house to steal evidence. Much of the story concerns Sandra’s relationships with her children, with Ivan, and with Detective Sergeant Brook. The complex lives of these characters are as compelling as the murder mystery.

Sandra’s first-person narrative shows her intelligence and perceptiveness. She reads people well and knows how to draw information from them. But the narrative point of view keeps her on the periphery of the action. Lacking authority and tied by domestic responsibility, Sandra can go only so far. She must depend on Brook for crucial information that he isn’t always willing to share. She has a vital stake in the outcome, but the story’s climactic event unfolds many miles away from her. All she can do is wring her hands and hope things work out.

I would have preferred a protagonist more at the center of the action. Despite Sandra’s intelligence, I wondered why Don Fletcher comes to her and why the killer feels so threatened by her. She seems like an unprepossessing woman. The earlier novels probably establish Sandra as a formidable investigator, but in The Fourth Season she comes across as a gifted amateur snoop. At times I felt I was reading a cozy without the coziness.

But in the end, the problem isn’t this beautifully executed novel but my expectations. I want a story with pulse-pounding action centered on the protagonist, and Johnson isn’t a writer who sacrifices realism to deliver cheap thrills.