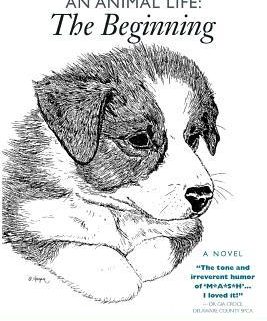 An Animal Life: The Beginning by Howard Krum with Roy Yanong and Scott Moore follows a group of students through their first semester at University of Philadelphia School of Veterinary Medicine in the 1980s. For readers interested in what vet school is like, this novel offers a full experience of demanding class work, raucous parties, and sometimes painful personal growth.

The omniscient point of view is skillfully done. It gives the authors leeway to explain aspects of veterinary medicine in technical detail so readers can understand what the students are learning in class. But the analytical perspective on the action is less suited to expressing the characters’ emotional lives and motivation. Too often we are told rather than shown who characters are and what they want.

In an intensive and useful glossary, the authors give a tongue-in-cheek definition of An Animal Life as  “A book series . . . [that] may be an upcoming blockbuster movie or TV series.” They offer a “Suggested Soundtrack” of popular songs to accompany each chapter. Their music selections are knowledgeable and clever, and the objective omniscient point of view has a cinematic flavor, but the story isn’t presented in a way likely to attract Hollywood.

The book makes demands on the reader. It takes some knowledge of biology to understand the chapters about vet school classes. (Those pre-med biology courses back in college came in handy here.) The illustrations by Patty Hogan help, but they’re difficult to see in the Kindle book. The story, while interesting, isn’t exactly a page-turner. The narrative plods through that first semester of vet school, developing the various subplots sporadically. Despite the potential for suspense, there isn’t much.

On the other hand, a screenwriter might transform this promising raw material into the hoped-for blockbuster.

The story has several plotlines, but two stand out: a romance between two first-year students and a medical mystery.

Jack, a former cop, is attracted to Anna, who suffers from Lou Gehrig’s disease. Although she has feelings for him their personalities aren’t altogether compatible, and various missteps and misunderstandings keep them apart. Their story follows the conventional pattern of romance novels without the usual emotionalism. Both know Anna will die young, but the story is almost over before they become close enough to acknowledge it. The title suggests the story will continue, and I’m curious to know whether the two will get together.

Because of the point of view, Jack and Anna occasionally seems like puppets, doing what the plot requires rather than acting from character-driven motivation. Jack’s infatuation with pet-food PR slut Avery is one example. We’re told that Jack resists sex with Avery because he’s waiting for “the one,” yet Avery has him enthralled. That kind of paradox is certainly possible, but readers aren’t shown enough of Jack’s thoughts to understand why this intelligent, experienced man gives in to juvenile lust.

The medical mystery begins when animals and birds in the area begin to die in startling numbers. A zoo vet and a pathology instructor work to discover why, but corporate interests at the zoo are less interested in the truth than in avoiding bad publicity. This conflict culminates in one of my favorite scenes as an Aussie thug employed by the zoo tries to intimidate the vets.

An Animal Life succeeds most completely on an intellectual level. I learned a lot about what veterinarians do and the challenges they face. The book raises the ethical dilemma of caring for animals while exploiting them for food, experimentation, and entertainment. An Animal Life offers no solution and has no ideological agenda — all the characters except Anna are unapologetic meat eaters — but it reminds us that humans and animals are part of the same ecosystem. Our treatment of animals has environmental consequences. On a personal level, the story depicts callousness and cruelty toward animals as character flaws, kindness toward them as a mark of goodness, and respect for them as essential in a veterinarian.

I noticed smatterings of punctuation errors concentrated in certain parts of the book, an uneven job of proofreading, but by and large An Animal Life is well written and worth the time of any reader who cares about animals and enjoys biology.

The Fourth Season: a literary mystery

My writing process is mine alone
Scroll to top