Twenty-five hundred years ago, the Greek philosopher Heraclitus said that character is destiny. Character—the basic attributes created by inborn temperament and early environment—determines your actions, and your actions determine the course of your life. Some people think character can’t be changed, that those attributes are too deeply ingrained. One example is shyness. Can a shy person ever become outgoing?

From earliest childhood I’ve been painfully shy. In college it was agony for me just to say hello to acquaintances when I passed them in the hallway. My remedy for shyness was booze, but it only helped while I was drunk.

When my husband and I moved to Charleston, a small town with limited job opportunities, I applied for a temporary job teaching composition and literature in the English department at Eastern Illinois University. I bombed the interview and didn’t get the job. Then, the first week of the semester, the department chairman called. He needed an emergency replacement to teach one course. Was I interested?

And so I found myself standing in front of two dozen people only a few years younger than me. When I began to talk, someone in the back called out, “Louder!” Hands trembling and stomach churning, I upped my volume and launched into my presentation. In a couple of ways, I lucked out. They were a kind group. Also, the the elderly prof for whom I was a last-minute replacement was reputedly a boring lecturer. Anyone was an improvement over that guy. 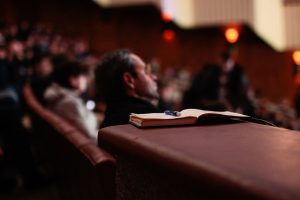 I went on teaching one or two courses a semester. Gradually the shakes and nausea went away, but I still entered the classroom with dread. One day, a student got angry over a C she didn’t think she deserved. So angry that she told me the truth. “It’s not that you’re a terrible teacher,” she said. “You seem to know what you’re talking about. But when you’re up there talking, it’s like you don’t even see us.”

Her anger turned out to be a gift. I began looking at individuals in the room as I spoke. Their faces told me whether they were listening. And they actually did pay more attention when I started speaking to them rather than at them.

The students from hell

In a last-minute schedule change, I got a class that was originally assigned to a professor famous for giving As to everyone. When I walked in the classroom, I was greeted by stares of shock and dismay. Six students dropped the course right away. The rest were a hard group to teach. They fell asleep. They talked among themselves. To keep the class from devolving in chaos, I had to assert control. I still recall one moment in particular. The class was ending in five minutes, and the students were growing restless. A guy in the back row stood up and reached for his books. “Joe!” I pointed at him, my voice booming. “Sit down! I’m not finished.” He slowly sat down.

The students from hell were a gift. They helped me become someone who could stand in front of people and command attention.

Did my shyness go away?

Not really. I still struggle when I meet new people, especially since I’ve stopped easing the way with alcohol, but it’s no longer agony.

Maybe character is destiny, but it can’t be reduced to one weakness—or one strength. It’s an interplay of the many attributes that make up who we are. And I’m convinced that we have some control over which of them prevails. 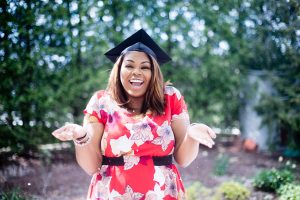 My Face in the Mirror

Exam week looms. I have more than sixty research essays to read and mark. They must be finished in time to return at final exams. Grading research essays requires additional work because I require photocopies or printouts of written sources, and I check to make sure students are citing correctly. The workload is daunting enough that I thought about skipping this week’s post, but then something happened.

The second essay I read contained plagiarism. This was not a case of the writer forgetting to put quotation marks around language taken from somewhere else. The plagiarized sources were not on her works cited page, nor would they have any place there. Both came from Web sites that sell essays to students. Typically, samples of the proffered essays are shown. My student copied and pasted two of these samples, one for her introduction and one for her conclusion.

Other instructors will understand how I recognized the plagiarism. Every writer has a voice. Part of it consists of the writer’s facility with language, vocabulary, and sentence construction. When a marginal student suddenly uses polysyllabic words, creates complex sentences, and strings together three or four cogent thoughts, I get suspicious.

My student received a zero on the research essay, which counts for twenty percent of her total grade. As a result, it has become impossible for her to pass English 1002. It will cost her considerable time and money to retake the course. No doubt some people think I’m being harsh. Only two passages, after all. Only fifteen percent of the essay. But students take the risk of plagiarizing because they count on leniency if they happen to be caught. Many of us exceed the speed limit on the highway figuring the cop will let us go with a warning, and even if we get a ticket, paying it isn’t a crushing financial hardship. I sometimes drive too fast. I’ll no doubt complain when the cop pulls me over, but I’ll deserve the ticket.

As seasoned criminals put it: If you can’t do the time, don’t do the crime.

In this situation I become the cop. I dislike the role – I’m a writer, damn it – but since I have to play the cop, I get to make the call about whether to issue a warning or impose a penalty. A zero for the assignment is actually the mildest penalty and the one I typically impose the first time someone plagiarizes. This student deserves it for stealing other people’s writing – even if it is for sale and therefore an invitation to plagiarism.