“Sentimentality is loving something more than God does.”

My horse, Tucker, lives on a farm forty minutes away from my home. The roads are flat and straight and sometimes so empty I drive for miles without seeing another car. One afternoon while driving out there to ride, I composed the above haiku in my head. (I’m not the sort of driver who wields pen and paper while behind the wheel.) Haiku is a Japanese form consisting of three lines: five syllables, seven syllables, five syllables. A haiku usually presents two images, but they don’t come together to form a metaphor. The reader discovers connections between them while contemplating the poem.

I seldom write poetry—as you can most likely tell from this effort. When I brought the haiku to my critique group, some praised the imagery while others faulted the poem for its sentimentality.

Say what? I thought. People dislike my writing for various reasons, but they seldom find it sentimental.

Sentimentality evokes emotion at the expense of critical thinking. It’s comfortable emotion, epitomized by the verses on certain greeting cards, the kind with rainbows and ribbons and nostalgic country scenes on the front. It horrifies sophisticated readers and most writers. A whiff of sentimentality sends them scurrying to open the windows and run the fans at high speed until the stink is gone. I suspect that readers without training in literary criticism don’t feel this horror. They recognize tearjerkers and sugary writing and accept them for what they are. Most of the time anyway. 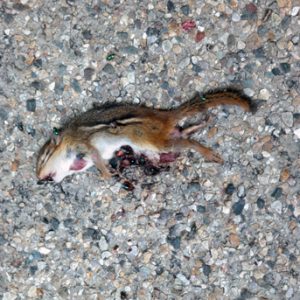 I hate seeing dead creatures in the road and do what I can to avoid hitting them, but it wasn’t just pity that inspired my haiku. I was struck by how much the wing resembles the blown tire and how common it is to see both things on highways. Nearly everyone drives on highways. We need them. But there’s something inexorable and destructive about the process of hurtling over them at high speed.

Of course we feel worse about car wrecks than we do about roadkill, especially when people are maimed or killed, but ultimately we accept those fatal multi-vehicle highway disasters as facts of life. We accept them as surely as we accept the occasional crushed bird and woodchuck. Grieving when someone we loves dies in a car wreck doesn’t change that. 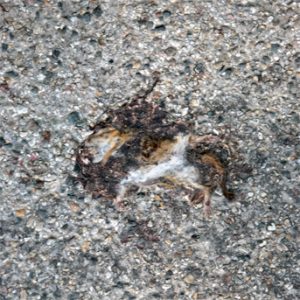 What are the daemons in Daemon Seer?

The Green Machine
Scroll to top