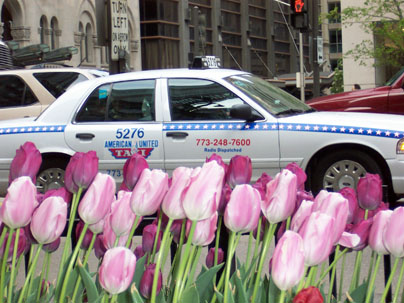 I’ve been asked to take part in a project called The Knox Writers’ House.  At this point I don’t know much about the project, only that  it’s associated with my alma mater, Knox College, and that I’ll be interviewed then recorded as I read two selections – something I wrote and something by a writer who inspired me. Choosing my own work was easy. I decided on “What Love Is,” a story about childhood sweethearts whose love ends in disaster. It’s the right length and reads well  out loud. The other choice was harder. So many writers have inspired me at different times in my life.

Lolita is the greatest novel of the 20th Century, but I also love it for personal reasons. Two courses shy of graduating, I left Knox and moved to Chicago, where I moved in with a friend and looked for a job. I was deeply depressed and drinking a pint of vodka every day. Unsurprisingly, the only job I found was waiting tables at a seedy restaurant, the sort of place where I wouldn’t dream of eating now.  I was fired after a week or two. Not that I cared. Now I had more time to go out drinking. Remembering some of the crazy things that happened then, I feel like I’m channelling someone’s else’s nightmares. During the day I slept and watched TV. Only friendship kept my roommate from kicking my ass out.

One day I got sick of soap operas and picked up a book. It happened to be Lolita. I was awed. I remembered something I’d forgotten – that a writer creates meaning from the chaos of experience, and I knew chaos would swallow me unless I escaped. A few days later I took a train back  to Galesburg and moved in with Joe Heumann, now my husband. I forgot to warn Joe I was coming, but that’s another story.

I owe my life to Lolita, but in the end I decided to read “The Grave” by Katherine Ann Porter instead. For one thing, it’s brief. I can read the whole thing, not just a chapter. For another, it’s an unforgettable story with a kick-ass opening sentence: “The grandfather, dead for more than thirty years, had been twice disturbed in his long repose by the constancy and possessiveness of his widow.” Right away the reader knows that some things don’t stay buried. But most of all, I couldn’t have written “What Love Is” without having read “The Grave.” Porter showed me how a story can span decades in a few pages and that buried memories are the most haunting.

I feel incredibly honored by the invitation to help with this project and look forward to telling you more about The Knox Writers’ House. Meanwhile, you can find “The Grave” in The Virginia Quarterly Review and “What Love Is” in The Scream Online.

How Much Is a Book Worth? Knox Rocks!
Scroll to top