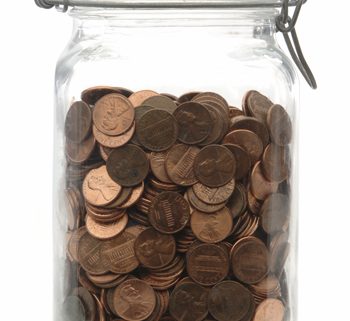 My new novel Darkroom follows museum curator Kelly Durrell as she tracks her missing friend, Day, into a demimonde of drug traffickers and sexual predators. In this flashback, Day’s lover remembers his older brother.

When Gee was sixteen, Renny showed him how to do business.

He remembered the kids skateboarding in the darkening street, their raucous shouts joined to the chorus of starlings settling to roost. The scent of lilacs wafted from somewhere, too sweet. Gee hung back on the porch steps. Renny swaggered to the door, his thumb hooked in the front pocket of his jeans. No one answered the bell. He stepped to the window, cut the screen with his jackknife, and sent Gee inside to unlock the door.

Dougie was taking a shower. Light from the bathroom shined on Renny’s rapt smile. Gee heard the shower curtain rip, hooks popping off the rod, and a croaked “What —?” Thumps and scuffling. Then a louder thump and a scream.

They dragged Dougie into a bedroom and hogtied him with twine. He was a small dude with a hairless chest and not much pubic hair. He curled on the dirty carpet, wet hair pasted to his face, bleeding from his mouth and panting like a dog.

“The shit I tasted was rock,” Renny said. “The shit you delivered was stepped on.”

Renny slammed his fist into Dougie’s face. “I bought from you, not them. Ain’t my fault you trusted a bunch of fucking spics.”

Gee found the basement door where he expected it to be. Same with the light switch. As if the floor plan of Dougie’s house was burned into his brain at birth. As if he never had a choice. The shelves held the usual clutter — a busted toaster oven, a couple of bowling trophies, a glass jar of pennies. The money was stashed in the cavity of a cinder block. Not enough. Gee brought the pennies too.

The bedroom stank of urine. “Nine hundred seventy.” Gee tossed the roll of bill to Renny. “Plus change.” He shook the jar of pennies and placed it on the floor. Doing things like that — provocative things — made him less afraid of his brother.

Renny grabbed a sock from the floor and stuffed it in Dougie’s mouth. Shadows warped his smile into something monstrous. “You owe me seven large. I want my money, bitch. You gonna give me my money?” When he struck the first match, Gee looked away. A scream gargled in Dougie’s throat. The bedroom carpet was green and littered with tiny pebbles and burnt-out matches. The useless details stuck to Gee’s memory like lint. He wanted to bolt. But Renny would be waiting at home and their parents wouldn’t protect him. Dad thought weaklings deserved what they got, and Mom was just a slave.

“Where should I burn the cocksucker now? I’m thinking his balls.”

Gee tasted vomit. “He’d probably like it, the faggot.”

The hogtied body thumped like a landed fish. Dougie made an urgent whimpering noise. He had more to say. Renny yanked the sock from his mouth.

Gee pulled shoe boxes from the top shelf of the closet. In two of them he found Dougie’s real stash. Hundred-dollar bills and fifties and twenties, sorted into piles and rubber-banded. He showed his brother the money and began counting out loud. “Two hundred, three, four, five, six . . .” The diversion worked. Renny came and stood over him while he counted the money. Nine thousand, two hundred and thirty dollars.

Gee hoped it would end there, that his brother would be satisfied with a 3000-dollar profit and let Dougie keep his life. But Renny strangled Dougie with a belt from the closet and then tossed Gee the car keys. “There’s a can of gas in the trunk. Bring it.”

The firefighters showed up fast. Their station, it turned out, was two blocks away. Dougie’s body was mostly unburned, and the cops lifted a partial fingerprint from the belt. It wasn’t a certain match, but a neighbor IDed their car and Dougie’s friends testified to Renny’s psycho reputation.

Gee never rolled over. He was handcuffed to a table for hours. He begged for the toilet, but the two ugly cops just laughed. They laughed more after he pissed himself. They claimed a witness saw his face and showed him a drawing that looked like him. But Gee wasn’t stupid. It had been too dark for anyone to make him. The cops yammered on and on about their solid case and how he would be so popular in the slammer his asshole would be looser than his mama’s pussy. Now and then they changed tactics and called him a good boy, straight-A student, and promised him Renny was going down so he’d best cut a deal while he could. Through it all Gee kept the guilt and horror locked inside. And finally they had to let him go. They had nothing.

Renny was confident he would walk free, too. Gee had been in the courtroom when the jury came back. Had seen his brother’s face when the foreman spoke the word guilty — the rapt smile, like the moment he sailed into the bathroom to take Dougie down.

Darkroom will be available early next year. 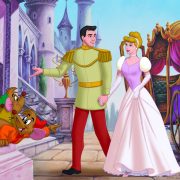 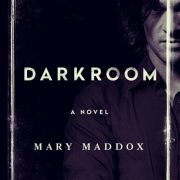 Just the way he Is
Scroll to top