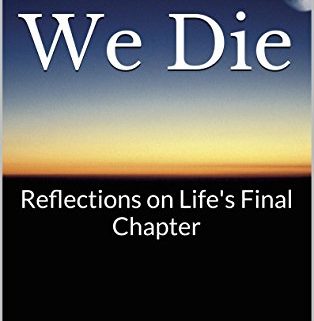 I read Sherwin B. Nuland’s How We Die: Reflections on Life’s Final Chapter while doing research for my novel TALION. I’d never seen anyone die—not yet, anyway—and I needed a clinical account of the process. Nuland explains what happens in the body as life ends. In each chapter he covers a different manner of death: heart attack, old age, Alzheimer’s disease, AIDS, cancer, and so on. He also addresses some of the philosophical issues connected to death and dying.

The book delivered what I needed in the chapter “Murder and Serenity.” When someone is bleeding to death, he goes into shock, his heartbeat ceases, and his muscles spasm in what are known as death agonies. For a few minutes he is “clinically dead,” which means his brain is receiving no oxygen, but with medical intervention he might be revived. Doctors can tell by examining the person whether the effort is likely to succeed. One important clue is the eyes.

If open, [the eyes] are at first glassy and unseeing, but if resuscitation does not commence they will in four or five minutes yield up their sheen and become dulled, as the pupils dilate and forever lose their watchful light. It is as though a thin cloud-gray film has been laid down over each eye . . . . [T]he eyeball soon flattens out, just enough to be noticeable. It is a flatness from which there is no rising. (122-123)

Nuland goes on to discuss the serenity and freedom from pain observed in victims of trauma. When the body is damaged, it produces endorphins, pain-killing chemicals like those in narcotics. He provides several examples of when and how this happens, including soldiers wounded during battle and a child who is murdered.

Though I didn’t use any of Nuland’s material directly, it underlay my accounts of what Rad’s victims endure as he tortures and kills them, forming a base on which my imagination could build.

I didn’t need the other chapters for my research but read them anyway, fascinated by the complexity of the dying process. I learned why my father died of kidney failure even though it was heart failure that put him in the hospital the final time. I learned enough about cancer to suspect my mother had it when fluid accumulated around her lung. The doctor’s diagnosis confirmed my fear. 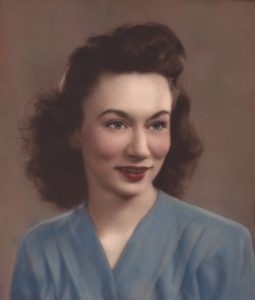 I noticed a copy of How We Die on the bookshelf in the office of my mother’s oncologist. I doubt it was there because the oncologist needed its medical information; he would have learned all that stuff in school. But the book has more to offer doctors. A physician himself, Nuland questions the wisdom of continuing to treat patients whose illnesses are terminal. In such cases, he argues, treatment often purchases a few extra weeks or months of life at the price of additional suffering.

My mother was such a patient. Chemotherapy would slow the process of her lung cancer but could not cure it. She underwent a few treatments and then decided the trade-off wasn’t worth it. For almost a year afterward she continued to live normally. She and I went to Utah where she visited her sisters a final time. Nuland observes that death seldom comes peacefully, that most of us can expect to suffer in the process. Mom did. Learning how we die has made me less happy, but the knowledge I’ve gained is a trade-off I can accept.

A tribute to my father

When an idea sparks a story
Scroll to top