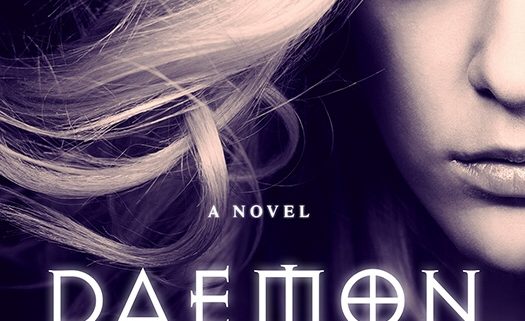 On February 24 my new novel Daemon Seer will be available in paperback and in the Kindle store. Daemon Seer picks up Lu’s story ten years after the events of Talion. Now twenty-five, she and Lisa still suffer from the trauma of being taken by serial killer Rad Sanders. Talion is back, too, but he’s no longer the kind spirit who helped Lu survive the kidnapping . . .

Lu owes her life to the daemon Talion, and now he demands repayment — she must bear him a child.

As a teenager, Lu Darlington attracted national attention when she and her friend Lisa escaped a sadistic killer known as the Professor of Death. She never told anyone about the daemon who saved her life that day.

Ten years later, Lisa shows up at Lu’s door, fleeing another psychopath stalker. But Lisa’s not the only one seeking Lu after all this time. One by one, the daemons descend:

Chama wants Lu, but Talion claims her. The women of Lu’s family have always belonged to Talion—and they’ve suffered deeply for it.

As the human threat draws closer, Talion demands that Lu bind herself to him in a harrowing ceremony that will destroy an innocent man and change her forever—but might save Lisa’s life.

Can she navigate the violent intrigues of the daemon world without being consumed by its terrible, all-consuming demands?

Now available for preorder in the Kindle store.

My short story appears in anthology