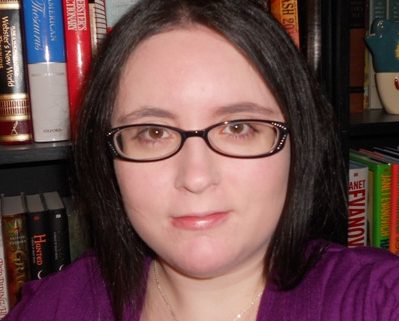 I’m thrilled to welcome Cherie Reich, the accomplished author of numerous novels and stories, including Gravity. The Foxwick Chronicles, and her just released book, The Nightmare Collection. In the post below, Cherie gives some insight into how she conceives and writes her stories.

Writing a First Draft in a Month, or NaNo Style

Thank you for having me today on your blog, Mary!

Since 2009, I’ve been a big supporter of NaNoWriMo. As this year’s NaNo has just finished, lots of writers now have completed or mostly completed first drafts of their novels. But I have to admit I like writing NaNo-style for all my work, whether it is a short story, a novella, or a novel. The fast-paced writing life isn’t easy, but there are ways that will help you get your manuscript done.

As a plotter, I need to know where I’m going before I start a draft. Otherwise, I get frustrated and have to step away from the project until I figure out what’s wrong with the novel. I will often spend several weeks to a few years thinking about a story. I daydream about it and learn about the characters and scenes. This is my discovery time of a story, whereas pantsers do this as they write.

After this thinking time is over, then I sit down to write out a brief outline. This usually includes a chapter by chapter or scene by scene timeline of the characters and what is going to happen to them. It’s generally pretty basic, and I’ll write down anything that comes to mind.

At this point, I’ll do one of two things. I’ll either start writing, if I have the time, or I’ll set the outline aside until I’m ready to write.

When I’m ready to write, I’ll block out how long I think it’ll take to write the work. Do I want to write just a chapter/scene a day or write two? I try not to go over three a day because it can make for some frantic moments as the deadline approaches. Then, I write.

At the end of the day, I will also think about the next chapters. It keeps me on track, and it makes it easier to start the day writing than trying to figure out what comes next.

For The Nightmare Collection, each story was written in a short amount of time. If I remember correctly, the short story Nightmare at the Freak Show took a day or two to write, the novelette Once Upon a December Nightmare took a week or two to write, and the novella Nightmare Ever After took about ten days to write.

Do you like to draft NaNo-style? Or do you take your time?

About The Nightmare Collection:

A legend is hungry tonight.

A child monster will get its first taste of blood in Nightmare at the Freak Show. Four friend will enter the forest on December night, but only one can survive in Once Upon a December Nightmare. Almost ten years after Cassie’s December nightmare, the monster awakens to hunt again in Nightmare Ever After.

Add this book to Goodreads!

Cover art by Nicemonkey at Dreamstime.com.

Readers who prefer a paperback can buy The Nightmare Collection from CreateSpace and from Amazon in the United States, the United Kingdom, Denmark, France, Spain, and Italy.

A self-proclaimed bookworm, Cherie Reich is a writer, freelance editor, book blogger, and library assistant living in Virginia. Her short stories have appeared in magazines and anthologies. Her e-books include the horror series Nightmare, a short story collection with authors Aubrie Dionne and Lisa Rusczyk titled The Best of Raven and the Writing Desk, the futuristic space fantasy novelette trilogy Gravity, and The Foxwick Chronicles, a series of fantasy stories. She is a member of Valley Writers and the Virginia Writers Club.

Enter the giveaway for a chance to win a prize package that includes a signed copy of The Nightmare Collection, a signed copy of Gravity: The Complete Trilogy, and a $10 Amazon Gift Card. The contest is open internationally, and two lucky winners will be chosen.

Looking for an Excursion into Terror?