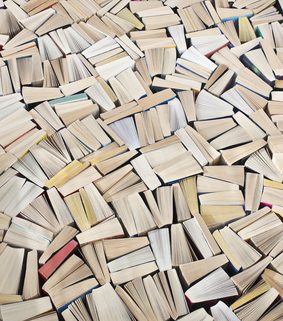 Many writers, when asked why they write, answer that they must. They feel compelled by some inner need. I am one of these writers, yet I wonder if compulsion is a good enough reason. It explains all kinds of behaviors, some of them unsavory. After all, addicts take drugs because they must. Obsessions are irrational and inconvenient. If writers feel compelled to write, okay, but when they seek publication, they’re implicating readers in their obsession. Why? If they write to satisfy some inner need, why should they look for an audience?

The Czech writer Milan Kundera has an unflattering name for compulsive writers: graphomaniacs. Kundera defines graphomania as “the mania not to create a form but to impose one’s self upon others” (The Art of the Novel). He implies that such writers have nothing of value to offer, and within the context of his argument, maybe they don’t. Very few novels contribute anything new to the art of the novel, and his pessimistic observations about literature and mass culture seem scarily accurate:

The spirit of our time is firmly focused on a present that is so expansive and profuse that it shoves the past off our horizon and reduces time to the present moment only. Within this system the novel is no longer a work (a thing made to last, to connect the past with the future) but one current event among many, a gesture with no tomorrow.

Kundera made this observation in the 1980’s, but if anything the Internet has made our present more “expansive and profuse” than ever, and it does seem as though books are published today and gone next month. If writers want fame and a mass readership, it has to be now. But I’m not convinced those are the goals of most writers. Nor can I accept the motive he attributes to those of us who are storytellers rather than ambitious formalists.

It’s not some “grotesque . . . will to power” that motivates me. I practice my art—and yes, create a form, even though it’s not innovative—so I can touch and entertain and connect with readers. Not dominate them. The need for connection is just as strong in human beings as the need for domination. I haven’t got any new stories to tell—there are none—only my individual voice, imagination, and way of seeing the world, whatever they’re worth. And I do want to share them, with one reader or a thousand.

My writing might be “a gesture with no tomorrow,” but it’s here today, for anyone who wants to read.

Note: I wrote this brief essay a few years ago as a guest post for Thoughts in Progress. Since the topic is still relevant, I’m giving it an encore here.

Why I get out of bed in the morning

An emotional journey
Scroll to top