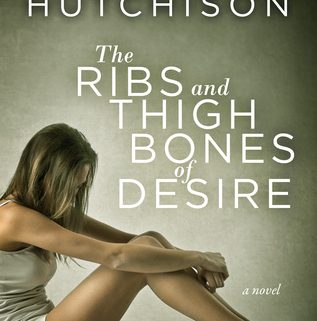 A coming-of-age novel set in America in the late 70s, Sandra Hutchinson’s The Ribs and Thigh Bones of Desire centers on the relationship between David, a physics professor in his 30s, and Molly, the teenage girl who used to babysit his daughter. Molly doesn’t babysit for David anymore because his wife and daughter recently perished in a plane crash. He is too overwhelmed by grief to take care of himself, so his estranged sister hires Molly to keep house for him.

Molly has problems of her own. Her parents are divorced. Her father loves her but now has another wife and children, a family where she has a marginal place. She mostly lives with her mother, a notorious and uninhibited artist who commemorates Molly’s first period by constructing the figure of a girl with tampons and, of course, exhibiting it publicly. Molly’s schoolmates call her Tampon Girl.

The physics professor doesn’t seduce or become obsessed with the teenager, nor does she have a girlish crush on him. While David struggles with grief and survivor’s guilt and Molly negotiates the minefield of adolescence in the 70s, they develop a friendship that’s hard to categorize but easy for people in their small town to misinterpret and condemn.

Sandra Hutchinson writes beautifully transparent and unpretentious prose. She creates complex characters and a vivid sense of place. Most of all, she tells a compelling story full of sorrow and humor with a benign detachment that leaves room for readers to draw their own conclusions. In other words, she’s a first-rate writer.

Some readers might be offended by Hutchinson’s frank depiction of sexual situations and nonjudgmental treatment of behavior that is usually condemned. They may dislike the somewhat open ending. But if you don’t read fiction to find emotional security and have your beliefs validated, if you’re just looking for an excellent book, I strongly recommend The Ribs and Thigh Bones of Desire. 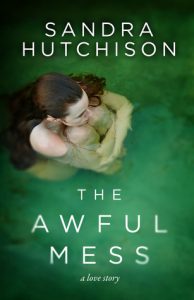 Read my review of The Awful Mess here.