The first two weeks in August, I’ll travel west to Salt Lake City and Los Angeles to visit friends and family. I dislike flying and try to ease the discomfort by using frequent flyer miles to pay for business class tickets. But no upgrade can save me from airport security. I first posted this story six years ago and nothing has changed since then.

Coming home from Los Angeles in August of 2010, I experienced the TSA’s new enhanced pat-down procedures. I’m unsure when the change went into effect—the TSA didn’t exactly trumpet them with a publicity campaign—but I might have been among the first airline passengers to get groped.

The journey did not begin auspiciously.

I had an abraded cornea. The night before my flight, the pain and blurred vision reached the point that I called the advisory nurse for my HMO. She ordered me to get to an ER at once. My friend Carol, with whom I was staying, offered to drive me, but I imagined spending hours waiting my turn behind drug ODs and gunshot wounds and heart attacks and a hundred other emergencies more life-threatening than an abraded cornea, then dragging back to Carol’s apartment just in time to pack. I imagined Carol going to work after a sleepless night spent holding my hand. Better to wait and see a doctor at home.

The next morning, I stood on the curb of Laurel Canyon Blvd., surrounded by my luggage, awaiting the car that would drive me to the airport. I entertained myself by staring at the building across the street out of my damaged right eye, trying to gauge whether the blurriness was worse and hoping I wouldn’t go blind by the time I got home.

The pickup time came and went. Still no car. Finally I phoned the limo service. The woman on the phone told me I was scheduled for pickup at eight that evening, not eight in the morning. But not to worry, she said. She would find a driver. Twenty minutes later the car pulled to the curb, and I made it to LAX in time for my flight.

Everything went smoothly until I reached security. I had a liter bottle of drinking water in my carry-on bag. The guy manning the x-ray machine flagged it, and suddenly I found myself confronted by Officer Jackson, a plug of a woman with a jutting lower lip and a gun. She ordered me to stand in a specific spot. “But my purse!” I protested. “My iPad!” They were still on the conveyor belt of the x-ray machine, and I was terrified they would be stolen. 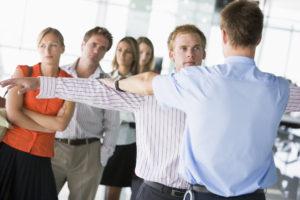 At this sign of potentially violent resistance, Officer Jackson scowled and said, “Let’s not have a tantrum now.” Well, she had the gun. And the power to decide whether I got on my plane. So I stood there, my eye throbbing, while she put her hands all over my body. The side of her hand brushed my crotch, but she didn’t actually grab it.

I made it onto the plane. As we taxied onto the runway, I composed an indignant letter of complaint on my iPad. “Perhaps I ought to accept that your security people are rude and seemingly feel entitled to treat passengers without respect,” I huffed. “But I refuse to accept it without comment.”

I never sent the letter, realizing it would have no impact whatsoever. By the time Joe picked me up in Champaign, all I wanted was to get to a doctor and have my cornea treated. Since it was nighttime, we went to the ER at Carle hospital. There were no drug ODs, no heart attack or gunshot victims.

I got right in.

Looking back, I suffered no damage from from my brush with airport security except a few ruffled feathers—unlike this poor woman.

A shiny new object changes everything – and nothing