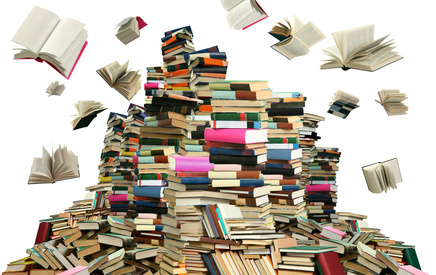 Recently I happened on an article in the online edition of Forbes magazine: “Publishing Is Broken, We’re Drowning in Indie Books – And That’s a Good Thing.” The author, David Vinjamuri, assesses the conflict between traditional and Indie publishing and predicts both will survive, even thrive. Vinjamuri begins by quoting two well-known authors who speak of Indies with smugness and disdain.

Brad Thor, a writer of techno-thrillers, declares that publishers “separate the wheat from the chaff” and that any “good writer with a great book . . . should be able to get a publishing contract.” I’ve never read this guy’s novels. Maybe he’s good. But I disagree that landing a contract with a big publishing house proves his or any writer’s excellence. I’ve encountered plenty of bad writing in novels issued by major presses.

Reading Tami Hoag’s Ashes to Ashes, I came upon an expository passage crudely borrowed from sources I recognized from my research into serial killers. It’s not plagiarized. Just partly digested and vomited onto the page. Okay, so Hoag was concentrating on plot and character development and left some crappy writing in the manuscript she sent off to her publisher. Where was her editor? Indie authors are exhorted to hire a professional editor lest their books seem amateurish. Let’s hope they find someone better than whoever applied the final coat of polish to Ashes to Ashes.

Maybe the editing was rushed to meet a publication schedule.

Bestselling authors are expected to write a book every year or so. Otherwise readers might abandon the brand and start reading some other author. Charlaine Harris, an author whose writing has given me delight, has been producing a Sookie Stackhouse book about every year. I’ve read all of them through Dead in the Family. Another has been published since then. Or maybe two. I’ve stopped caring. So have many fans, who find the plots lackluster and become frustrated by the lack of coherence in the story from one book to the next.

Harris’s publisher makes a lot of money from her novels. Maybe the people in charge figure her fans will buy them anyway, so there’s no longer any need for quality.

Commercial publishers are in business to make money. Nothing wrong with that. But the profit motive doesn’t necessarily foster literary excellence. Vinjamuri brings up the famous example of John Kennedy Toole’s A Confederacy of Dunces, a novel rejected because Toole refused to make changes that an editor thought would render the novel more commercial. Later, Walker Percy championed the novel. It was published and won the Pulitzer Prize. Having the right connections helps. There are elements of luck and timing in literary success.

You wouldn’t know it, though, reading Sue Grafton’s sneers about Indie authors:

“I compare self-publishing to a student managing to conquer Five Easy Pieces on the piano and then wondering if s/he’s ready to be booked into Carnegie Hall.”

Grafton pisses me off for a couple of reasons. First, she makes the broad generalization that every Indie author rushes to publish without mastering the craft of writing. Granted, much Indie writing is awful. But what is true of many (or even most) doesn’t hold for all. As in the process of commercial publication, cream rises. (So does shit, but that’s another story.)

Second, Grafton’s mystery novels aren’t “Carnegie Hall” material either. They’re the well-crafted products of a pedestrian imagination. I don’t want to offend Grafton’s many fans, but her work isn’t as wonderful as she seems to think. Sure, her books deserve to be published. They entertain many, many readers. But so do the novels of Indie authors like Morgan Hannah McDonald and Melissa Foster.

Read Vinjamuri’s article if you want evenhanded analysis of why Indie authors get dismissed while Indie filmmakers and musicians get respect, why the pricing practices of commercial publishers have created problems for them, and the ways publishing could change. As his title suggests, Vinjamuri finds reasons for optimism. It’s heartening to think there might be room for everyone.

Why I don’t write on vacation