Two paragraphs into Joe Hill’s novel Horns, I thought the author must have been influenced by Franz Kafka’s The Metamorphosis. Both stories begin with a dramatic transformation. You may already know how Kafka’s novella opens:

As Gregor Samsa awoke one morning from uneasy dreams he found himself transformed in his bed into a gigantic insect. He was laying on his hard, as it were armor-plated, back and when he lifted his head a little he could see his domelike brown belly divided into stiff arched segments on top of which the bed quilt could hardly keep in position and was about to slide off completely. His numerous legs, which were pitifully thin compared to the rest of his bulk, waved helplessly before his eyes.

Hill’s novel opens with a transformation as well:

Ignatius Martin Perrish spent the night drunk and doing terrible things. He woke the next morning with a headache, put his hands to his temples, and felt something unfamiliar, a pair of knobby pointed protuberances . . . [W]hen he was swaying above the toilet, he glanced at himself in the mirror over the sink and saw he had grown horns while he slept.

Like Gregor, Ig has uneasy dreams before his transformation. Later in the story, we learn about the dreams and their connection to the “terrible things” he has done. 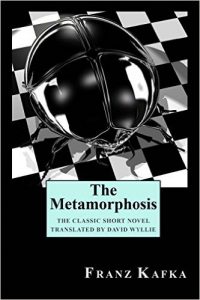 Why Gregor becomes a cockroach

Gregor is confined to his bedroom. At first his family grieves over his misfortune and takes care of him, but gradually he becomes a burden and they neglect and ignore him. When he leaves the room to join them, they chase him back in. He concludes rightly that they find him repugnant. In the end he dies.

To understand what all this means, it helps to consider the title. A metamorphosis is a creature’s radical change in form as it moves from one stage of life to another. For instance, a caterpillar becomes a butterfly. It’s a natural change, to be expected. Readers might wonder whether Gregor has been an insect all along. An insect disguised as a man. His life hasn’t exactly been bursting with meaning. He has plodded through one day after another, working in an office to support his family, and their love for him dies when he’s no longer earning a paycheck. 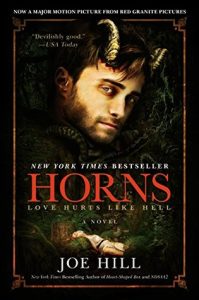 Why Ig becomes a devil

Ig is a devout Christian until his girlfriend is raped and murdered. Suspicion falls on him, but his wealthy father hires a lawyer and forensic evidence is destroyed in a mysterious fire. Although never charged in the murder, Ig remains a suspect. Paralyzed with grief, his life drifts into meaninglessness.

The horns change everything. Under their influence, every person Ig encounters is moved to confess their deepest feelings and desires. He discovers that his priest and his family secretly believe that he did the murder and wish he would just disappear—except his brother, who has been protecting the real killer.

Embittered and angry, Ig sets out to punish the guilty man. Vengeance is what he’s wanted since his girlfriend died. His transformation into a devil makes vengeance possible by giving him the power to fight a ruthless psychopath. The transformation is rooted in his sinful life although it’s unclear why until the novel’s end. He isn’t altogether innocent of the murder of his beloved.

Horns and The Metamorphosis

Hill’s lengthy novel obviously lacks the economy of Kafka’s novella. Horns certainly lacks the mystery and thematic richness of The Metamorphosis. Hill keeps pointing to the novel’s religious symbols as if afraid you’ll miss something and trip over it.

What happens to Gregor is more profoundly horrifying—forced to choose, I’d rather be a devil than an insect—but the horror in Horns is riveting. While Gregor sickens and dies quietly in a mundane apartment, Ig is drawn into terrifying conflicts that make him doubt his sanity. He suffers brutal violence that would kill an ordinary human.

The germ of both stories is the same—a fantastic transformation that turns out to be less absurd than it seems at first. Maybe Gregor and Ig don’t deserve their fate, but each character’s metamorphosis makes sense in the context of his life. The inevitable next stage of his existence, the transformation reveals his true character and renders his inner reality visible.