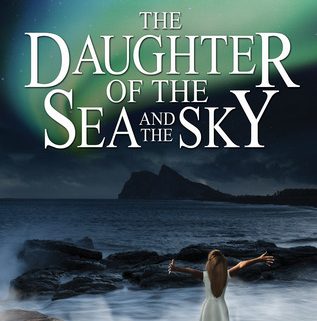 I began David Litwack’s novel The Daughter of the Sea and the Sky expecting the title character to be a fabulous creature supercharged with magical power. Instead I met Kailani, a nine-year-old girl who has run away from home. Kailani does have the ability to transform the lives of those she meets, but her power isn’t supernatural. It comes from the altogether human qualities of beauty, innocence, and love.

The world of the novel consists of two hostile nations, the Blessed Lands where people believe in the Spirit, and the Republic of Reason where people embrace empiricism. Most of the action unfolds in the Republic, a place much like our own world with technology circa 1985. The Blessed Lands are less advanced. Decades after a long and bloody war, the two nations have an uneasy peace maintained through rigid diplomatic protocols. Each side demonizes the other. Believers are zealots; non-believers are soulless. Free travel between the nations does not exist although procedures exist to seek asylum. Those who enter surreptitiously are considered enemies until proven otherwise.

When Kailani arrives on the shores of the Republic of Reason in a foundering boat, proclaiming herself the Daughter of the Sea and the Sky, she presents a problem for the authorities. Although only a child, she breaks the law by preaching the existence of the Spirit. She tells Helene and Jason, the young couple who rescue her from the sea, that she has come from the Blessed Lands to do penance. For what sin she refuses to say. The couple tries to protect her and discover that doing so requires greater personal sacrifice than they imagined. Meanwhile subversive elements within the Republic see in Kailani a means of advancing their own agenda.

A major theme of the novel is that grief is unavoidable for anyone capable of love. Almost every major character mourns a loved one and struggles to make sense of the loss. Yet love gives meaning to life. After the death of her father Helene is cast adrift until she reconnects with Jason, her childhood sweetheart. Significantly, the villain, a religious fanatic who would sacrifice Kailani to his faith, feels neither love nor grief. He only cares about getting what he wants.

Another theme examines the dichotomy of faith and reason. The two nations struggle to coexist yet they need each other. The Blessed Lands lack modern technology. The Republic of Reason prospers materially, but it’s a drab and uninspiring place where many people hunger for a greater meaning. Kailani shines there like a candle in the dark. Litwack suggests that we need both faith and reason and our challenge is to find a way for them to coexist within us.

The Daughter of the Sea and the Sky is a beautifully written story with a fully imagined world and complex characters. I would have preferred a bit more subtlety in the presentation of theme, but other readers will disagree. Without a doubt this is a novel worthy of your time even if you don’t usually read fantasy.

Ebony and Spica: Two Birds in My Life

Have you written a short story that deserves to be read?
Scroll to top