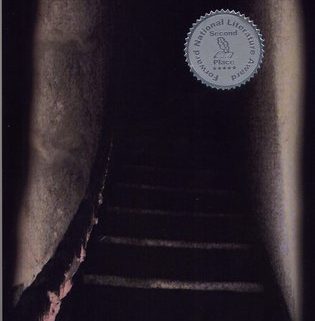 Bill Kirton’s The Darkness charts the moral journey of a doctor who succumbs to fantasies of revenge. Dr. Andrew Davidson seeks justice for his brother, who commits suicide after his wife and daughter die in a car crash. He wants to punish not just the drunk driver who caused the accident, but other sociopaths who destroy lives and evade punishment. One by one, suspected criminals begin to disappear from the streets of Cairnburgh, Scotland.

Inspector Jack Carston, charged with investigating the disappearances, has mixed feelings. He isn’t sorry to have rapists, child molesters, and killers off the streets, but whoever has taken them is equally a criminal. He and his partner set about solving the cases in their quiet, methodical way.

The Darkness pits a compelling antihero against a reticent hero. Both are intelligent and likable. Davidson is kind to his patients, considerate of his coworkers, and sweet to his girlfriend. Carston loves his wife and enjoys his work. But the doctor eclipses the inspector through most of the story.

The doctor becomes the dramatic center as soon as he appears, largely because of the narrative point of view. Most of the narrative is third-person omniscient, but the doctor addresses the reader in first-person, which is direct and intimate and places him at the emotional core of the story. Everything happens around him. Eventually we learn that we’re reading his confession, addressed to Carston. This device links the doctor to the detective and underscores their shared need to see justice done.

Once the investigation begins to break, Carston’s role becomes more active and his character takes center stage. Still, the doctor remains the heart of the story. What will he do with the captives in his basement? Will his sanity survive the trauma of the crimes that he commits in the name of justice?

Kirton writes elegant prose and creates memorable characters. Even secondary players stand out. I won’t forget the prostitute Rhona or her devoted boyfriend, Billy, for a long time. The Darkness might confound some readers who expect mystery novels to follow a conventional pattern, but those who enjoy intelligent psychological suspense are in for a treat.

Norlene – hard to love, easy to kill
Scroll to top