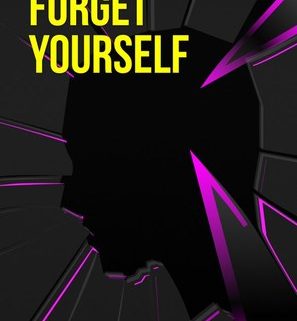 Redfern Jon Barrett builds his dystopian novel Forget Yourself on a Kafkaesque mystery. The narrator, Blondee, lives in an enclosure with dozens of other people. None of them remember who they are. They assume they must be criminals since they are imprisoned, and they separate themselves into groups based on the severity of their crimes. But they can only guess at what they did wrong.

The story begins with Blondee in isolation, awaiting punishment for some unnamed transgression. She seems to believe she will once again lose her memory, a kind of death even though her body will live on.

Blondee relates how she first awakened in this strange place, her memory gone. She can still read and give names to things, but she has no personal history. No identity. She describes life in the enclosure, her grief after her lover deserts her, and her complex relationships with other prisoners. Barrett’s writing is descriptive and often poetic, rendering characters and setting so vividly that I become immersed in Blondee’s world.

The prisoners receive “rations”—half spoiled food and discarded items. Their food and shelter. They parcel it out according to their own rules, with those who supposedly committed the least serious crimes taking first pick and those who committed the worst taking whatever the others don’t want. Within the groups of criminals, couples receive better rations than single people. After losing her lover Blondee gets worse food and worse junk with which to furnish her ramshackle hut. And of course she’s lonely. She’s something of an outsider anyway, a rule breaker and troublemaker.

As long as the story focuses on Blondee’s predicament, it holds my interest. I almost forget the mystery surrounding it: What are these people doing here? Why are they imprisoned? How did they lose their memories? Or more precisely, who took their memories and why?

(The comments that follow will spoil the story for those who want to read it, so anyone intrigued by Forget Yourself ought to stop reading here.)

The mystery deepens when Blondee begins to remember her previous life. Barrett develops this part of the story masterfully. Blondee’s first memory is an image of a fierce huntress with dogs. She has no clue what it means. Gradually the memory expands, and the huntress becomes a figurine in the house where she once lived with her husband.

Blondee’s rediscovery of marriage is significant since relationships in the enclosure are not lifelong and have no gender limitations. Everyone seems pretty much bisexual. The problems begin—both for the inhabitants of the enclosure and for me as a reader—when she unearths an old magazine for brides. The magazine seems a bit too convenient as a plot device.

The articles on upscale weddings and honeymoons give Blondee an idealized notion of marriage. Driven by the need to remember who she once was, she buys in completely and convinces quite a few others that marriage is the correct way to live. She deserts a passionate female lover to marry a male who is merely a friend. Although I understand her motivation, I lose sympathy for Blondee when she dumps her lover.

Then comes a catastrophe that might or might not be connected to the changes Blondee has wrought. Antifreeze is included in the rations. The inhabitants of the inclosure think it’s something to drink, and many of them die. This brings the mystery back into the foreground. Why poison these helpless people?

I have to register my disappointment with the ending. For no discernible reason, Blondee is suddenly able to channel the memories of her companions in the enclosure. Their stories pour through her mind in italics, disjointed and contradictory, their worlds so unlike they seem to come from different planets. Taken together, they compound the mystery rather than resolving it.

The backstories are a convenient solution to a difficult narrative dilemma. The author funnels information through the consciousness of the first-person narrator. He could have brought down the walls and let Blondee see the world outside the enclosure. Or he could have let other prisoners regain their memories. Either of these solutions would make an already lengthy novel  longer, but they couldn’t be any worse than having the backstories dumped on the reader in a jumbled and inexplicable heap. 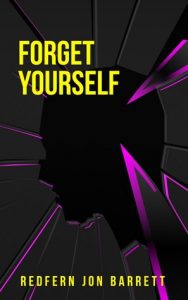