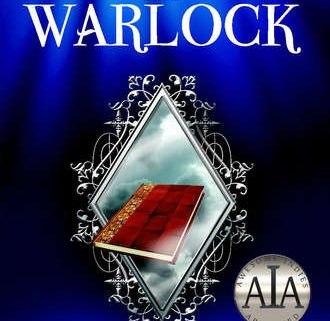 I am delighted to welcome today’s guest, Deborah J. Lightfoot, author of the magical Waterspell series.

The Awesome Indies Discovery begins today and runs through December 14. Featured are eight simply awesome writers whose books have met high standards of quality and been approved for the Awesome Indies lists. I am pleased and proud to be in such distinguished company. Now here is my contribution to the tour. I’m also giving away review copies of the complete Waterspell trilogy.

I wrote much of Waterspell while living in the tropics in a house that was open to the breezes of soft summer nights. Often I worked late, gripped by a writer’s high, my fingers flying over the keyboard while the world slept. Vaguely I would catch the hoots of owls and the fragrances of night-blooming flowers wafting in on the breeze, but I wasn’t really occupying the same universe as the house that held me. On those magical nights, I was living with—and in—the characters of my medieval fantasy. I saw through their eyes, thought their thoughts, and felt their anguish. I didn’t merely sympathize with their pain: I felt it.

My writing became an out-of-body experience as my consciousness melded with my characters. Nothing existed in those moments except my pulse-pounding rush to capture not only their words and actions, but also their deepest secrets. I saw behind their masks. I knew things they’d never told anyone—hidden things they had not fully acknowledged even to themselves.

In the small hours of the night when exhaustion finally drove me from the keyboard, I sometimes found myself thinking, as I headed for bed, that I would like to read more of the story which had so riveted me. Then I would realize that I couldn’t read more of it until I had written it. The experience was like being split in two. The hours I spent out of my body, my mind at one with my characters, made for confused dreams as my essence struggled to leave the world of Waterspell and return to Earth.

When at last the writing was done and I could declare the trilogy finished, I cried a little to be parting from my characters. They were real to me. For the better part of 16 years they had lived in me, and I in them. We had spent a life together.

But now they were moving into a wider realm. The books were published, and readers began responding. I’ve been deeply gratified by the emotional connections that many readers have forged with these idiosyncratic characters of mine. Reviewers have called them complicated, original, mesmerizing.

But as thrilling as it is to see my creations become real in readers’ imaginations, I’ve now found myself hoping for reviews that will give equal time to the story’s deeper themes.

One of those themes deals with the human need to belong. We all want to fit in; we want a place and a community to call our own. My protagonist, a teenage misfit named Carin, is homeless and rootless as the story begins. Her quest is to find the place where she belongs. Or more accurately, her challenge is to make a place for herself in a world where she does not really fit.

That’s one subtext of the story. Going still deeper, camouflaged amongst the underpinnings of the trilogy, is a commentary on environmental exploitation, ecological devastation, and Nature’s powers of regeneration, if we’ll only give Earth the chance to heal. That theme is nuanced enough that I wouldn’t expect most readers to pick up on it until late in Book 2. And even when this subtext is more fully explored in Book 3, it’s far subtler than the adventure, mystery, and romance of the trilogy’s surface layers.

Even so, I’m hoping to connect on those deeper levels with readers who enjoy a good fantasy adventure, but who also want more from a book than simple entertainment. Come for the characters, love or despair of them as you will, but please know there’s more happening in the depths of Waterspell. On the surface, the story may seem medieval. Down below, however, it’s as contemporary and relevant as the latest natural disaster or planetary catastrophe to strike our Mother Earth.

If you’re interested in environmental literary fiction or you like characters who’ll keep you up nights, I invite you to sample Waterspell Books 1, 2, and 3 at any online bookseller. The three books of the trilogy—The Warlock, The Wysard, and The Wisewoman—are the beginning, middle, and end of a continuous story, and best read as a set.

Awesome Indies Discovery 1: Don’t Judge a Book By Its Magic

White Chalk – fiction with a social conscience
Scroll to top