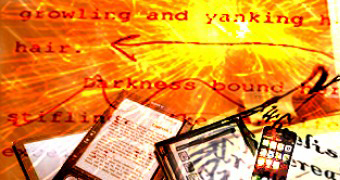 I’m thrilled and proud to announce that Talion has been listed on  Awesome Indies. Established and administered by Australian author Tahlia Newland, the site accepts only independently published books vetted by a reliable reviewer or industry professional. Newland began Awesome Indies out of frustration with the wildly uneven quality of Indie books. As she frankly puts it, “Some are fantastic, and some are crap.” She notes that reviewers on sites like Amazon often cannot recognize good writing and so their opinions cannot be trusted. She lays out in detail the criteria for inclusion on the site. Her standards are high but not unreasonable: she expects competence and looks for excellence.

I love the democracy of Indie publishing. Anyone with a computer and a few bucks can bring his or her book to market. The downside is that quite a few people publish awful books and critics of self-publishing point to them as examples of the shoddiness of  Indie books in general.

Whatever the faults of traditional publishers, they act as gatekeepers. They publish plenty of mediocre books, but even the worst are edited.  You can count on traditionally published books to be at least coherent (well, most of the time). You might encounter a few typos—but not dozens. You won’t see the frequent clumsy sentences, misspelled and misused words, and grammatical errors too often found in Indie books.  Sites like Awesome Indies give readers a way to discover worthy books that might otherwise be lost in the ocean of dreck.

What is it about drug dealers?

Tag, I’m It
Scroll to top