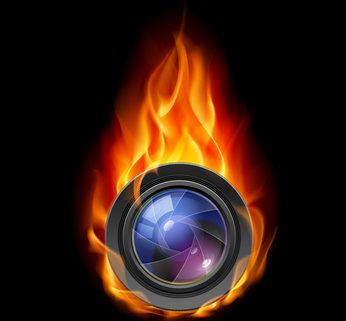 I’ve almost finished a novel titled Darkroom about a woman who tries to find out what happened to her missing friend. This rainy day would be ideal for writing toward the final page, but Final Exam week looms with a pile of research papers that must be graded. So instead I’m stealing a few minutes to post a short passage from Darkroom.  Kelly, assistant curator at a small museum, is looking at the portfolio of the photographer who becomes her friend and eventually draws her into a nightmare.

The challenge of this passage was to show how good the photographs are. I wanted to convince readers that Day is as talented as Kelly thinks she is.

Day had talent and skill. Her sense of composition seemed effortless and unerring, and her darkroom technique was above average. Some of her black and white photographs were stereotypes – brazen street kids and elderly men with cartographic faces, derivative of the street photographers of the 60s and 70s. But her best photographs broke through all preconceptions and discovered the secret of each face, its elusive life, so that each became the portrait of an intimate you had yet to meet. She caught the souls of her subjects the way super-fast shutters caught raindrops in mid splatter or hummingbirds in flight.

Several pages were devoted to two women as they partied with different men in the cluttered rooms of a bungalow. The most compelling shot showed the women alone, a fleshy blond and an emaciated redhead. The blond sprawled on a sofa, one leg flung over its low back and the other dangling. Her thighs bulged beneath her skimpy shorts, and one huge breast had slipped from her halter top. Eyes staring upward, unseeing, her face echoed the slackness of her breast. The redhead knelt on the wide sofa arm opposite the blond’s head. Damaged by too many days on the beach, her skin was lined and blotched with freckles that had coarsened into age spots. The skin identified her hair as red, even in black and white. She gazed at the blonde with a faint, contemptuous smile. Her eyes gleamed with hatred.

An unforgettable story
Scroll to top