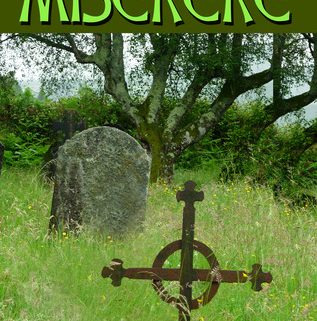 In Miseerere Caren J. Werlinger has written an historical novel that weaves together narratives from two periods: the mid-1960s dominated by the Civil Rights Movement and the mid-1800s that saw the Civil War and the end of legalized slavery in America. The story centers on the descendants of Caitríona Ní Faolain, an Irish girl brought to America as an indentured servant.

One descendant in particular, eleven-year-old Connemara Mitchell, carries a heavy burden. Only she can lift a curse that began with Caitríona and has afflicted the family for a hundred years. But first she must uncover its secret.

After Conn’s father goes missing in action in Vietnam, her mother moves the family to their grandmother’s rundown house in West Virginia. Soon after their arrival, Conn sees the ghost of Caitríona, who reveals the terms of the curse. In each generation, one girl child will survive so that someday the curse might be lifted. All her siblings will perish. Soon afterward Conn’s younger brother almost dies of polio. She realizes that his life depends on her finding out the secret.

Through dreams and visions Conn experiences her ancestor’s life. Caitríona and her sister, Orla, are still children when their father sells them to the ironically named Lord Playfair. After a harrowing trip across the Atlantic, locked in the hold of a ship, they come to a pre-Civil War plantation where they labor alongside the house slaves. They are treated a little better than the Africans, but not much.

Catríona falls in love with Hannah, one of the slaves. The lives of the girls become more precarious as they try to conceal their love from everyone in the household. Catríona doesn’t help matters. Quick tempered and embittered, she’s whipped for impertinence. Conn experiences the whipping in a dream. Afterward faint scars appear on her back. She discovers a network of tunnels beneath the house and begins to explore, guessing the secret of the curse is hidden there.

Meanwhile Conn’s mother, Elizabeth, struggles to make a life in a new place. She hires Abraham Greene to help her fix up the house. Once a schoolteacher up North, Abraham now makes a living as a handyman. He becomes a friend of the Mitchell family. Word gets around, and rumors spread. Some people in the West Virginian town think Elizabeth and Abraham have crossed a line and must be punished.

Werlinger moves skillfully between the two narratives, building suspense in both. Her pacing is just about perfect. The characters are complex, believable, and sympathetic. Her view of human nature seems essentially hopeful and kind, given her compassionate rendering of characters that might have been cartoonish villains.

Miserere grabbed me and carried me all the way to the end. I put aside everything else and devoted a day to reading it, which is the highest tribute I can give to a story. 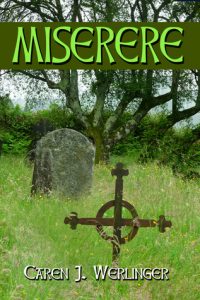 In the market for a word?
Scroll to top